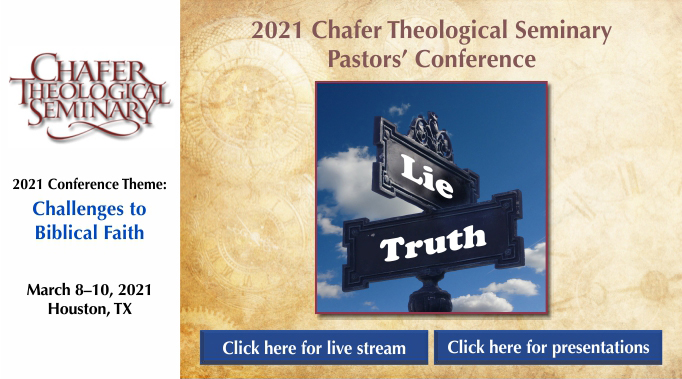 Judges is also the picture of the carnal Christian, the believer who is not functioning under God's procedures and God's plan. Judges is a picture of happens when the believer goes into what we call reversionism. He reverses his spiritual growth and begins to take on the thinking and the characteristics of the unbeliever so that if he stays in that position very long he begins to think and act just like an unbeliever. There are two things we need to think of when we think of Judges, a two-tiered application. The first tier of application follows the theme of the writer of Judges, and his message is to explain how a nation goes from spiritual victory and spiritual maturity, a nation that is oriented to the plan of God, a nation that understands doctrine, is focused on the faith-rest drill under Joshua, has a large level of victory and conquest over the land in that generation, and then by the end of this book they function in a manner that is no different from the Canaanites they were supposed to have conquered, annihilated, completely displaced in the land, and for all practical purposes Israel has now become Canaan. That is a picture of any nation, and so from that we can derive many principles that apply nationally as to how a nation or a group or a culture can go from spiritual high point to a spiritual low point. You can apply that to a church, to any congregation, denominational group, but it also applies to us in terms of sanctification.

One thing that is usually missed comes under the category of progressive revelation. Progressive revelation looks at the life of Israel. Israel by application represents the individual believer because the nation as a whole is called a redeemed nation. They are called God's firstborn. So even though not everyone in Israel is a believer the nation as a whole is to reflect principles about the individual believer in the church age. So Israel is regenerated typologically when they are redeemed from slavery. They are, prior to the Exodus, in slavery to Egypt. That is comparable to the unbeliever being in slavery to the sin nature—all have sinned and come short of the glory of God, and we are all under the penalty of spiritual death for sin. Redemption took place at the Exodus, and walking through the Red Sea is a type of the believer's baptism by the Holy Spirit into salvation. So everything subsequent to the crossing of the Red Sea in the life of Israel is a picture of the post-salvation spiritual life. That tells us that its application has to do with the sanctification of the believer. When we look at these things we have think in terms of this multi-tier of application. We have to understand what the text says and what the text means. First we have to correctly interpret what is going on, and we have to do that before we can get into application. There are so many different applications in these last three chapters of Judges.

Judges 20 & 21 is an analysis of the collapse of the nation. Chapter 19 dealt with a crisis in the home, a marital spat that culminates in the complete fragmentation of the nation and almost extinction of one of the tribes. The writer doesn't name anyone; they are left nameless. He is implying that this is a representative case of the kinds of things that are happening throughout the nation, so it is not just one isolated incident from one marriage problem that ends up fragmenting the nation but it is the fact that this is going on throughout the nation and the complete fragmentation and almost complete destruction of the tribe of Benjamin is a consequence of an internal spiritual collapse.

1) The name of God is conspicuously absent from chapter nineteen. Judges 2:10 gives us the summary of this entire period: "And also all that generation [Joshua's] were gathered unto their fathers: and there arose another generation after them, which knew not the LORD, nor yet the works which he had done for Israel." They have rejected, forgotten, ignored the historical evidences of God's work during the Exodus and following. They had forgotten the historical covenant relationship with God. So they start off at stage one under the Joshua generation as positive volition, learning doctrine and applying doctrine. So we will see an analysis of how a nation and an individual collapses. With this positive volition problems sooner or later seem to be solved—they defeated 80 per cent of the Canaanites, they didn't annihilate them like they were supposed to but they had basically come to control at least the major strategic points of the land—and so that gradually grows into complacency: Bible class is no longer quite as important as it was (After all, I've heard this for fifteen or twenty years). You understand these things so you no longer make it the number one priority. This is an extremely subtle form of negative volition. Bible doctrine is not number one priority any more. In any form of negative volition what takes place in the soul is a shift to arrogance. Arrogance ALWAYS produces preoccupation with self; that is a rule. That means that you start functioning under the arrogance skills. You start with self-absorption, self-absorption leads to self-indulgence, self-indulgence leads to self-justification, self-justification then leads to self-deception. By this time under self-deception you are talking a lot about God but there is no relationship there any more, it is all superficial, all nothing more than an overt show. This begins stage two, the overt appearance of negative volition. There is sin nature control and human viewpoint thinking. With human viewpoint thinking paganism gets sucked up into the soul. There is still a veneer of biblical orthodoxy, but there is no core Bible doctrine, a correct understanding of Scripture undergirding everything, it is just overt ritual and not internal reality. What happens then is that religion replaces relationship. Then excessive concern with the letter of the law replaces grace orientation.

2) There is a complete disregard for women. As paganism increases, despite all of the verbiage of feminism, what always happens is that women become the victims because they no longer understand their divinely-ordained role. When males and females do not understand their biblically-outlined roles then they are operating outside that role and will never experience all that God has for them.

3) We see the sexual perversion in Benjamin which is typical of any nation which deteriorates into apostasy and reversionism.

The brutal act of chapter 19 becomes proverbial in Israel—Hosea 9:9; 10:9, where the prophet reminds Israel of this low point in their history. So this becomes a standard representation of how apostate Israel has been. This Levitical priest sends out her butchered body in order to muster the troops, to call them to a military convocation. The irony here is that at the end of this one city doesn't come in response to this and the result is that their men and women are murdered and their virgin daughters are forcibly married off to the survivors of Benjamin.

When we look at this there is this veneer of legitimacy. The man has been wronged, there has been a criminal act, she has been abused and something ought to be done about it. What is wrong with  what is going on here? He is going to call the nation to arms. Aside from the fact that this is an extremely coarse and brutal and non-Mosaic authorized way of calling the troops together there are two other reasons that this is wrong. First of all, under the Mosaic law who has the right to call the tribes together? Who has the right to call a universal draft and call the army together? Only the judge and the king. Only a divinely-authorized leader in the nation, not some unnamed Levite. He does not have the right to do this but in his self-righteous arrogance he is responding to his trauma and distress, he has become completely self-absorbed with this problem [My problem is so bad the whole nation must look at this]. Four-hundred thousand troops are going to show up. He is making his personal crisis a national crisis. The response of the people is going to exceed the crime. The crime is that one woman has been gang-raped by the men in one town, Gibeah. But their response is going to exceed the crime.

Verse 1, "Then all the children of Israel went out, and the congregation was gathered together as one man, from Dan even to Beersheba, with the land of Gilead, unto the LORD in Mizpeh." They are following Deuteronomic procedures at this point but they are not going to follow it all the way through. There is a biblical basis for this but once again it is the overt observance of the law. They are going to be following the letter of the law and not the spirit of the law. They are not implementing grace at all in this procedure and there is grace in the law. Deuteronomy 13:12ff, if you have established the case this is what you must do [vv. 14,15]. It is a mandate, an imperative. This was the principle of holy war. The Bible recognizes two kinds of war, holy war and just war. In holy war, everything—man, woman, child, cattle, sheep—were to be killed and the city burned to the ground. There is no vengeance, no getting any kind of spoil from the city. In Deuteronomy 13 there is supposed to be a court held, an objective evaluation of the evidence, and then complete destruction of the city. But what happens in Judges 20 is they don't just destroy Gibeah, they wipe out almost the whole tribe of Benjamin. That is overreaction.

Principle: National trends are the result of good or bad theology. Ultimately, the causative factor in your life and my life is theology. As goes the believer, so goes the nation.