Speakers for the 2023 Conference 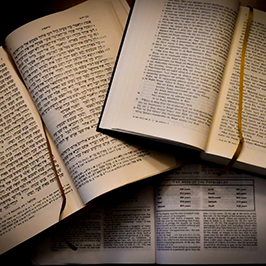 The 2023 Chafer Pastors’ Conference (March 6–8) will feature three presentations each by our three conference speakers, Dr. Douglas Petrovich, Dr. Randall Price, and Dr. Henry Smith, as well as Scriptural messages from our evening keynote speaker, Jim Myers. Chafer Seminary's president, Dr. Andy Woods, will also provide an update on Chafer Theological Seminary. All sessions will be live streamed and available after the conference on this website.

The conference schedule will be available here once finalized.

Jim Myers earned a degree in linguistics at the University of Houston after studying at the Moody Bible Institute of Chicago. He did graduate work at the Missionary Baptist Seminary in Little Rock, AR. He planted and pastored churches in Arkansas and New Mexico for 20 years. Since the break-up of the former Soviet Union he has been evangelizing, planting churches, and teaching the Bible and theology in numerous seminaries and Bible institutes in Russia, Eastern Europe, Central Asia, Africa, and South America.

He heads up James F. Myers Ministries, whose primary purpose is to train national Christian leaders in the former Soviet Bloc countries and other nations. The primary focus of the ministry is in Kiev, Ukraine, where he started Word of God Bible Church and founded Word of God Bible College. Jim also conducts conferences and workshops in other countries, traveling regularly to Zambia and Brazil, and has taught in many other countries in eastern Europe and Central Asia.

Dr. Douglas Petrovich currently serves as Professor of Biblical History and Exegesis at Brookes Bible College. He was born and raised in Akron, Ohio. After graduation from The Master’s Seminary with a Master of Theology degree in New Testament, he and his family moved to Siberia under missionary status to launch a seminary from scratch. In 2008, his family moved to Canada, where he ultimately received a M.A. and Ph.D. in Syro-Palestinian archaeology from the University of Toronto. He has appeared in two documentary films, Patterns of Evidence: The Moses Controversy and Is Genesis History? and published two ground-breaking books (Origins of the Hebrews: New Evidence of Israelites in Egypt from Joseph to the Exodus and The World’s Oldest Alphabet: Hebrew as the Language of the Proto-Consonantal Script) as well as many journal articles.

Henry Smith was born and raised in northwestern NJ. He earned a B.A. in Economics from Rutgers in 1992. In 2015, Henry graduated from Westminster Theological Seminary with an M.A.R., emphasizing apologetics and Biblical languages. He is now the Administrative Director of the Shiloh Excavations for Associates for Biblical Research (ABR). He served as the Director of Development for ABR from 2005 through 2015. Henry is the co-host of ABR’s television program, Digging for Truth. He has published dozens of articles on the ABR website, and is now heading up The Genesis 5 and 11 Genealogy and Chronology ­Research Project for ABR.

Dr. Andy Woods became a Christian at the age of 16. He graduated with High Honors earning two Baccalaureate Degrees in Business Administration and Political Science (University of Redlands, CA.), and obtained a Juris Doctorate (Whittier Law School, CA), practiced law, taught Business and Law and related courses (Citrus Community College, CA) and served as Interim Pastor of Rivera First Baptist Church in Pico Rivera, CA (1996-1998). In 1998, he began taking courses at Chafer and Talbot Theological Seminaries. He earned a Master of Theology degree, with High Honors (2002), and a Doctor of Philosophy in Bible Exposition (2009) at Dallas Theological Seminary. In 2005 and 2009, he received the Donald K. Campbell Award for Excellence in Bible Exposition, at Dallas Theological Seminary. Andy is the senior pastor of Sugar Land Bible Church and is president of Chafer Theological Seminary. In addition, Andy has contributed to many theological journals and written a number of Christian books and has spoken on a variety of topics at Christian conferences.

Speakers and topics (subject to change):